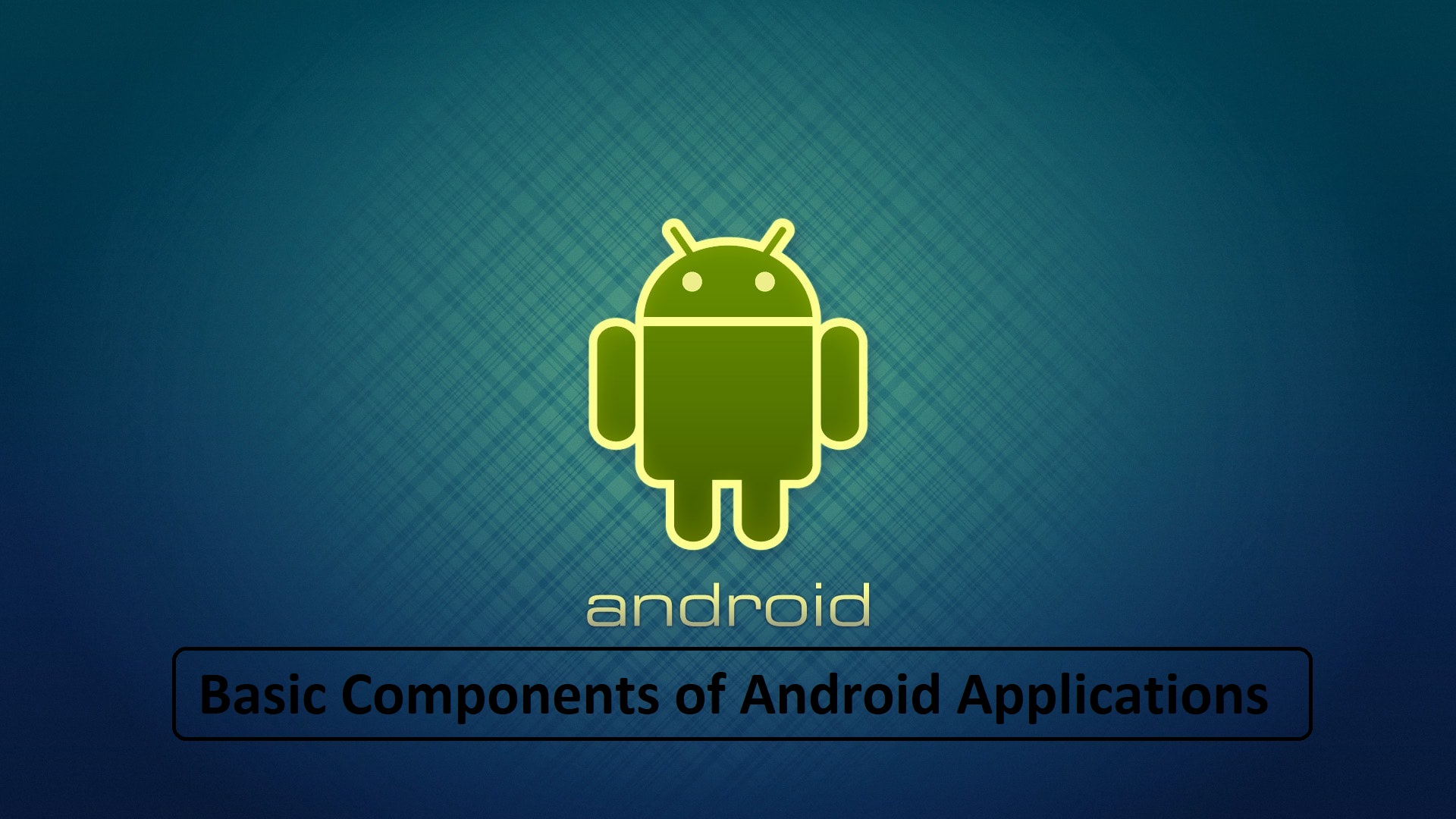 Components of an Application

Component means a part of a larger whole, components in Android are parts that make up an Android app, they are basic building blocks of an Android app. the system enters your app through these components for example when you get a notification about calendar app, you click on it and it takes you to a specific activity. Any android app that you paid is made up of four basic components or fundamental elements those are

What is An Activity in Android Application

What are Services in Android App

What is a Broadcast Receiver

Broadcast receiver is a subscriber pattern wherein you subscribe for some event and when that event occurs you can notify them saying that event has occurred. you can perform some operations on it. an example would be, you want to start your app or do something when the phone has just been started so if you can register for that event and as soon as your phone is restarted you will get an even saying your phone as we started. you can the corresponding operations that you need to perform on that evening.

An intent basically a messaging system in Android, which is used to pass messages between different components of the Android system.

You must declare all the app components in the manifest files so the system knows that those components actually exist. when you create a new project with an empty activity, Android studio automatically declares that activity in the manifest file. you can declare permissions such as accessing the internet minimum API level, hardware requirements such as accessing the camera app or the fingerprint scanner.

All of these components are declared under the application element to declare an activity we use activity element, to declare a service use service element, for broadcast receivers use receiver element and for content providers use provider element.

How to define a components in Android Application 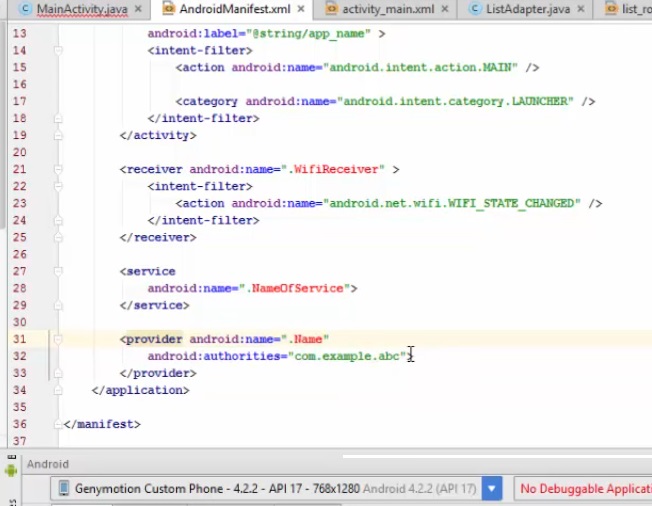 In the manifest file, you can declare an activity like using the activity tag. it has an attribute per name which is nothing but the class of the activity that you want to declare.

The Lable is nothing but the spring which will be displayed in the activity. interpreters are basically telling the Android system what intent will this activity respond to.

To declare a receiver, you can use the receiver tag differently with the name of the class given in the hydrocodone name. you can add an intent filter saying that for what events will this receiver responds. For Example, whenever a Wi-Fi state of the device changes, this receiver will get the notification and it will execute.

To declare service, you just need to use the service tag and you can give a name service in the name attribute of the tag. you need to use a provider tag, define a provider and the same goes for the signal.

so these are the basics of an Android app I hope you liked it and remember to Like, comment and share it on social media websites.