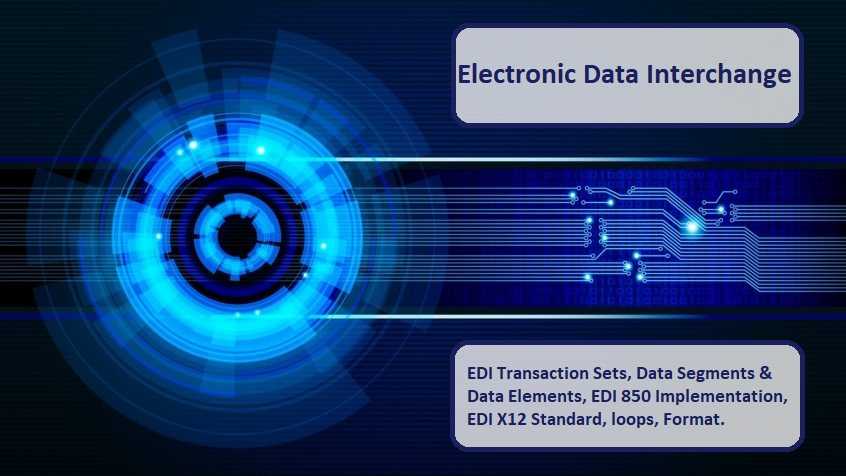 In this Article, we will cover the basics of EDI, you will get to its x12 format, its transaction sets, its data segments, elements and loops then finally the implementation guideline.

There are two well-defined processes in EDI.

The outbound process is, when an EDI file gets generated from data out of an existing system and then sent to a trading partner.

Inbound process is, when an EDI file is received from a trading partner and its data gets parsed and mapped into an existing system.

So the order of the EDI x12 segments goes as follows.

The nine tells us that the company ID is using the DUNS identification code. if we were to view a segment as a sentence and the n1 segment would say the bill to company name is ABC Inc with the DUNS ID of one, two, three, four, five, six, seven.

Sometimes Data segments have to be read together to obtain the correct information that is when we use EDI loops to denote such relations. EDI loops are used to keep related segments together, so that together they can convey the correct information. loops also make possible to repeat a group of related segments. in our example we have the n1, n2, n3 and n4 segments in a loop. note how the segment’s depend on each other. here the n3 segment with the street address value does not make sense without the n1 segment telling us that it is a street address of the bill to company.

This example also shows how the loop is used twice to hold two different information of similar format. the first loop holds the billed to address while the second loop holds the ship to address.

Even though it is the standard still has many version and transaction sets, the users have to be aware of so as to exchange EDI files successfully. the version number is indicated by its first three digits, the last digit indicates a release. here, the 40 10 and the 40 20 would indicate a major release and the 40 12 would indicate an interim release. changes in their interim releases are included in the next version therefore version 4020 would include the changes that are in the 4012 release.

The version of a transaction set in an EDI x12 file can be found in the 8th data element of the functional group or GS segment. even when using the same versions of transaction sets, there are still differences in how companies would use them. for example, some data segments and elements may be omitted or the number of times the loop can be used is limited or some code values of an element restricted.

All these rules would be noted in an EDI Implementation guideline.

The implementation guideline also has a detailed section for each segment which shows the requirements for each of its elements. in this example we have the ST segment that has two data elements. the first element is allowed to have only the value 850. it is a required element with the length of exactly three characters. the second element should hold a control number for the transaction set, it too is required with a minimum length of four and a maximum length of nine characters. 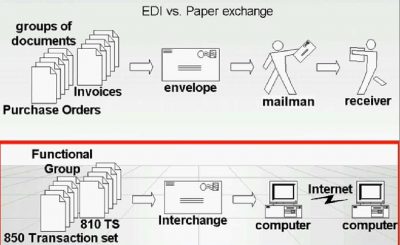